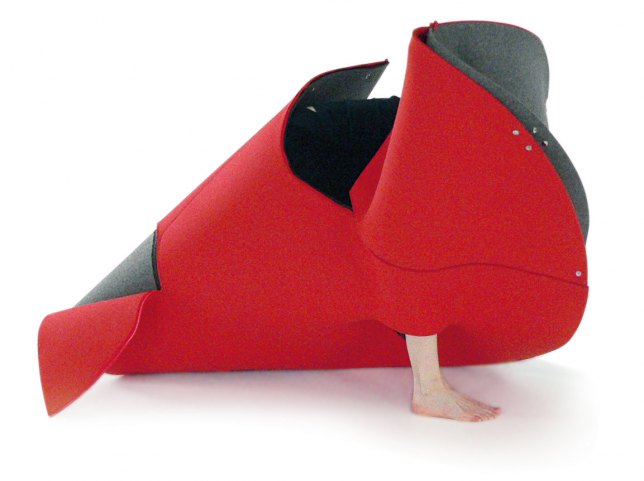 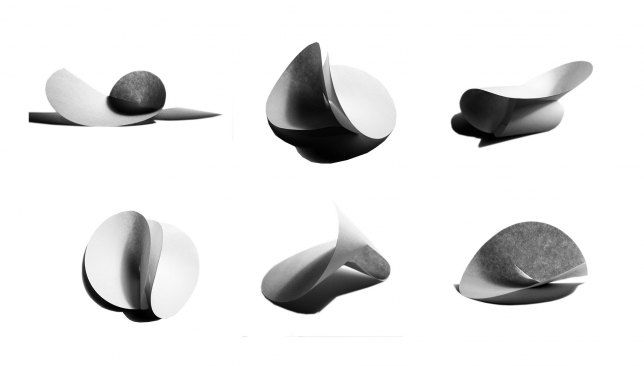 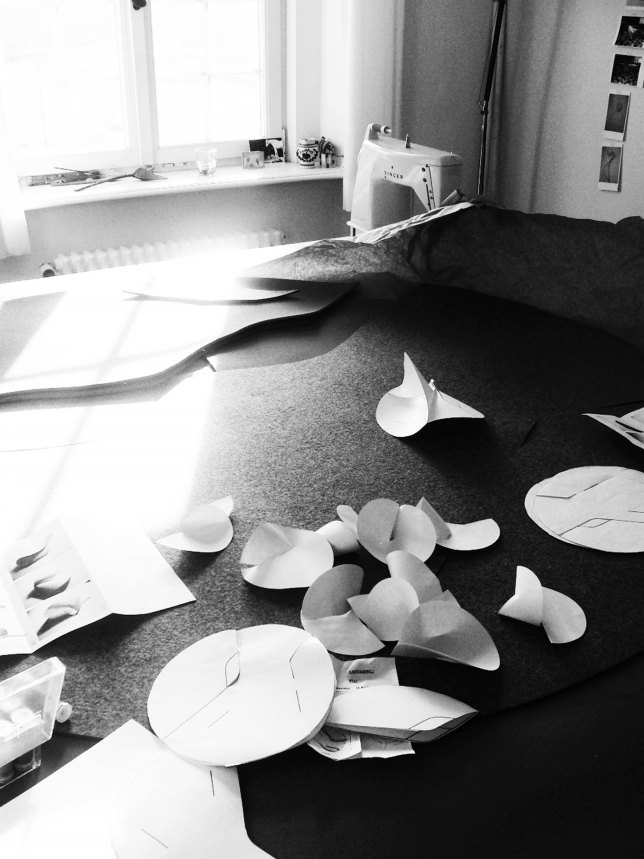 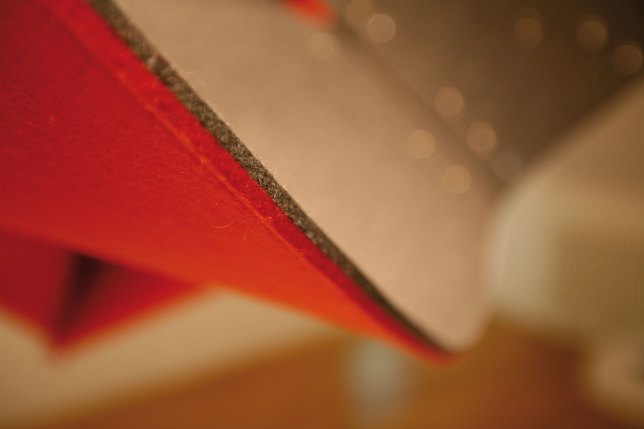 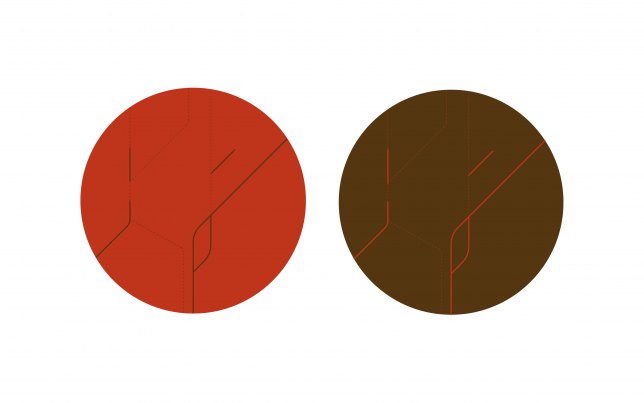 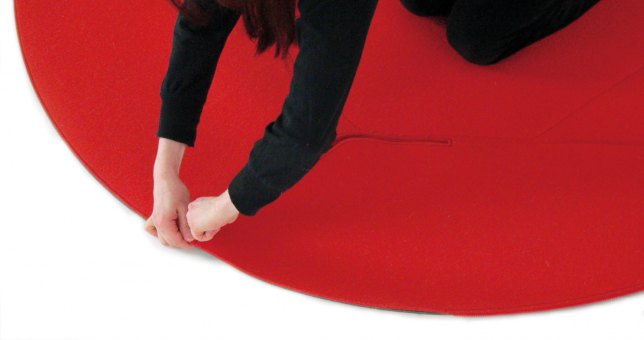 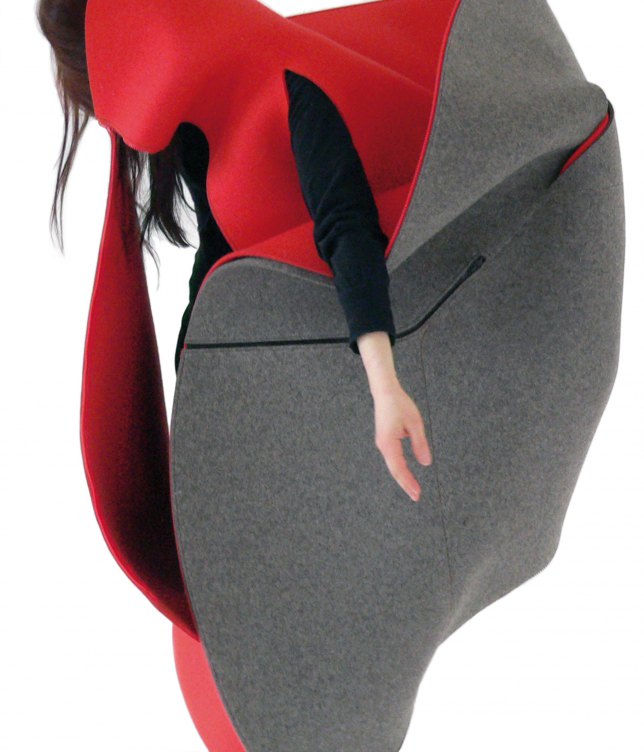 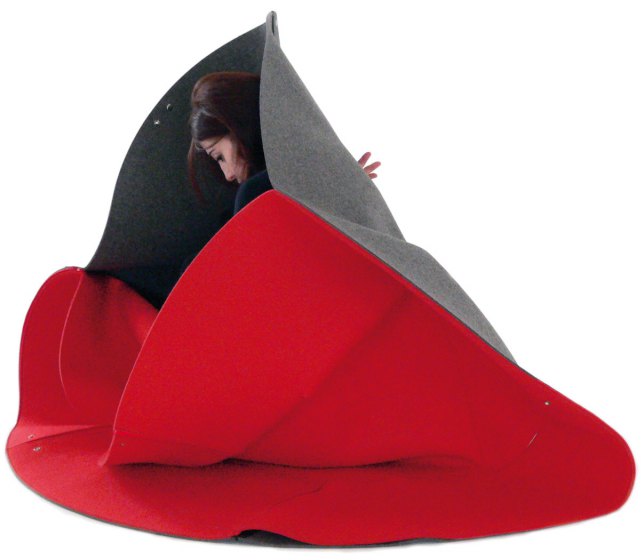 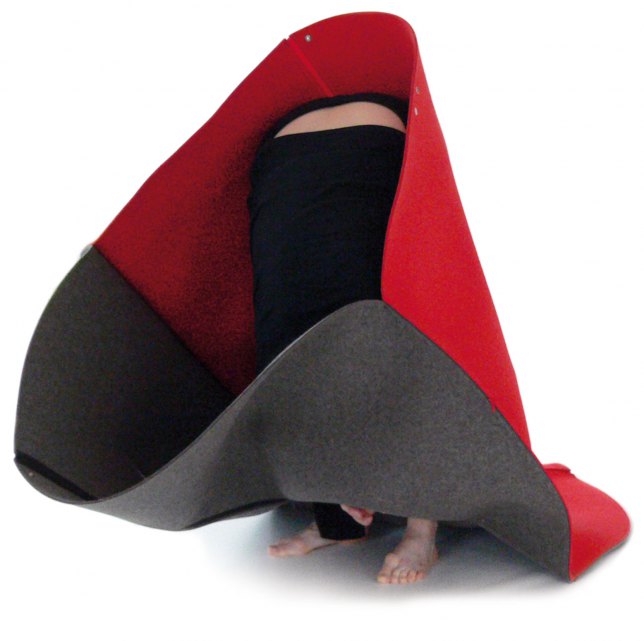 Raum(Zeit)Kleider centres around performative and participatory strategies for spatial production and the concept of a changing, multi-dimensional understanding of architecture and space. It is a further development of an ongoing investigation in geometrical organization and textile materiality, mapping social relations of and in space. It is a spatial system that is open to changes and that can adapt to different functions and situations through the participation of its user. It can be folded and transformed from a two-dimensional surface into a three-dimensional volume incorporating different functions from clothing to urban furniture and shelter. This approach seeks to produce transformations through intimate, often physical contact and participation. The garment itself becomes an interface between its users and the environment.

The project merges insights from architecture, textile materiality and body performance in which hybrid, geometrical structures occupy both the digital and material realm. The result is a tactile structure that becomes a vehicle for bodily experience - intended to be handled, worn, felt and played with. Individuals are required to participate, eliminating both the role of the spectator and that of the author – a passive spectator becomes an active participant.

The limit of a person is not the outermost layer of skin. Therefore, these spatial structures de-limit the surroundings of the body, marking out a territory in space that allows a person to reappropriate the notion of living and where architecture is brought back into the realm of the everyday.

Raum(Zeit)Kleider was supported by Akademie Schloss Solitude Stuttgart within the scope of a Resident Fellowship 2007-08. It was exhibited in Stuttgart in 2008 and performed at MID_E International Exhibition of Multidisciplinary Arts at Arteleku Arts Centre, San Sébastian, Spain in 2010.