This essay was published in_

“Only where things can be seen by many in a variety of aspects
without changing their identity, so that those gathered around
them know they see sameness in utter diversity, can worldly reality truly and reliably appear.” Hannah Arendt (1)

Not only our objects are becoming more virtual but also our spaces. And, more often than not, we withdraw from physical public places to meet in digital space. For as Mercedez Bunz argues in her book “The Silent Revolution”, the algorithms “create a new digital public sphere and fundamentally transform how we gather as a mass.” (2) To share with the public, we no longer require physical or corporeal presence. Byung-Chul Han diagnosed the influence of the data world as follows: “The digital communication revolution has mostly led to the erosion of public space, where we used to share and get our information. Today, information is produced in the private sphere and communicated in private. This change in the flow of information bears consequences on many facets of life, including the political.” (3) Digitisation has changed communication between people. Though it appears to dissolve distances and bring people and things closer together, this assumed proximity and acceleration, however, have led to information overload, confusion and a narrowing of the field of vision. Despite digital media’s potential to bring people together, it also isolates them. Byung-Chul Han calls this “meeting” in digital space “the digital swarm” and is not entirely convinced, expressing his scepticism by saying: “The digital swarm is inherently no mass because no soul and no spirit lives within it. The soul gathers and unites. The digital swarm consists of isolated individuals. […] The individuals who join the swarm develop no sense of We. It has no harmony or accord to fuse the crowd into an active mass.” (4) Genuine common action, on the other hand, is closely linked to materiality and corporeality, to the direct experience of the impact and significance of an action. The traditional place for meeting and the public sphere is the city – a complex spatial system held together by laws and regulations. Various different realities interrelate here.

The public interweaves with the private; the inner and outer, the legal and illegal, are all closely linked. The city is defined by diversity that is reflected in our sensory impressions, physical movements and changing perspectives. The actions and interactions that take place within the city shape it as much as the constructed forms, buildings and streets do. The impact is mutual, as naturally urban plans and design also influence behaviour and the way cities are used. Consequently, the neglect of the human scale, which the urban planner Jan Gehl in his book “Cities for People” (5) addresses, also prevents cities from becoming places of information exchange. In architecture and urban construction, computer-based generative designs are frequently reduced to the design of parametric surfaces. But how can we develop more empathic spatial concepts that arise from humans and the human scale? 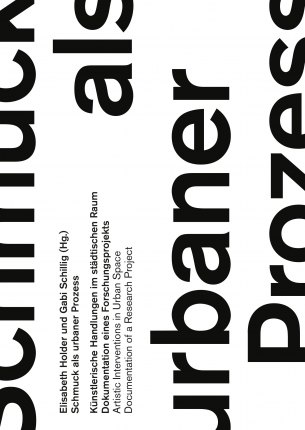 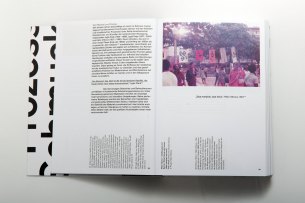